Scientific Disagreement and Evidential Pluralism: Lessons from the Studies on Hypercholesterolemia

Inconsistencies between scientific theories have been studied, by and large, from the perspective of paraconsistent logic. This approach considered the formal properties of theories and the structure of inferences one can legitimately draw from theories. However, inconsistencies can be also analysed from the perspective of modelling practices, in particular how modelling practices may lead scientists to form opinions and attitudes that are different, but not necessarily inconsistent (from a logical point of view). In such cases, it is preferable to talk about disagreement, rather than inconsistency. Disagreement may originate in, or concern, a number of epistemic, socio-political or psychological factors. In this paper, we offer an account of the ‘loci and reasons’ for disagreement at different stages of the scientific process. We then present a controversial episode in the health sciences: the studies on hypercholesterolemia. The causes and effects of high levels of cholesterol in blood have been long and hotly debated, to the point of deserving the name of ‘cholesterol wars’; the debate, to be sure, isn’t settled yet. In this contribution, we focus on some selected loci and reasons for disagreement that occurred between 1920 and 1994 in the studies on hypercholesterolemia. We hope that our analysis of ‘loci and reasons’ for disagreement may shed light on the cholesterol wars, and possibly on other episodes of scientific disagreement. 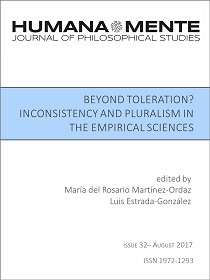