Expansion of the Universe and Spacetime Ontology

The debate on the ontological status of spacetime in General Relativity has historically seen two principal philosophical contenders: substantivalism, roughly the view that holds that spacetime exists apart from the material contents of the universe, and relationism, the doctrine that spacetime does not exist, i.e., it is a mere abstract web of spatiotemporal relations among bodies. This dispute, however, has rarely been fought on a cosmological battlefield. In this paper an attempt in this direction is made. The question at issue is the following: is there any feature of our universe that requires or is best explained in terms of a substantival space? I claim that there is indeed: the expansion of the universe, perhaps the most important phenomenon in cosmology, can play such a role. 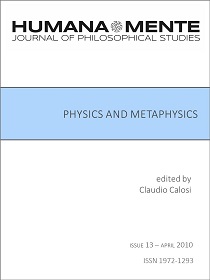