Race and Genealogy. Buffon and the Formation of the Concept of “Race” 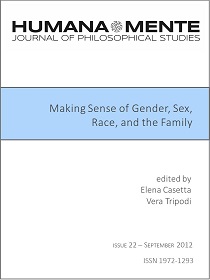