On the Poietic Character of Technology

Large part of contemporary science is in fact technoscience, in the sense that it crucially depends on several technologies for the generation, collection, and analysis of data. This prompts a re-examination of the relations between science and technologies. In this essay, I advance the view that we’d better move beyond the ‘subordination view’ and the ‘instrumental’ view. The first aims to establish the primacy of science over technology (or viceversa), and the second uses technology instrumentally to support a realist position about theoretical entities. I suggest that we should instead concentrate on how science and technology interact. This will reveal that technology has a poietic character, namely it actively partakes in the production of knowledge. But this poietic character can only be understood within the cognitive activity of scientific communities. Current research in molecular epidemiology, notably the projects funded within the ‘European exposome initiative’, serves as a motivation for such discussion and as an illustration of the claims made. 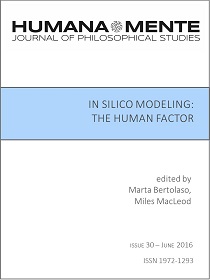